Pick Your Own Christmas Tree.org - 2022 Find a choose and cut tree farm or fresh pre-cut trees near you! 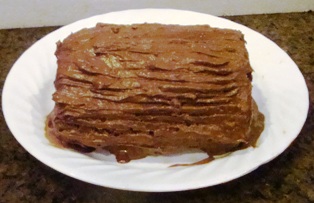 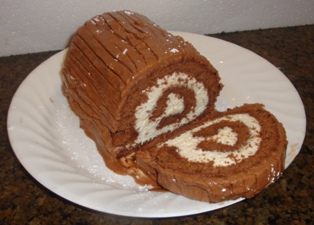 An Easy, But Delicious Chocolate Yule Log Perefect for Christmas or New Year's!

This chocolate Yule log recipe is easy to follow, with step by step directions, and photos for each step. Yet the recipes produces an absolutely delicious chocolate Yule log, that looks like it came from a gourmet bakery. Options are explained for several types of filling, to meet your tastes and needs; such as a chocolate Yule log with chocolate filling and chocolate icing, or with a white vanilla filling (shown at right)

The recipe below produces an awesome light, fluffy and very chocolately, Yule log with a light chocolate sponge cake rolled with an equally light egg-white and cocoa-based filling, then frosted with a chocolate icing! The photos accompanying each step should help make it even easier! I've included some suggestions if you'd rather have a white or other filling.

If you want this recipe with METRIC units of measure, click here!

* If you can't get powdered cocoa, you can use 4 squares of unsweetened baking chocolate instead in place of 1/4 cup of powdered cocoa..

Separate the 5 yolks from whites, obviously into two separate bowls. Place egg whites in a small mixing bowl and let the whites stand at room temperature for 30 minutes or more. 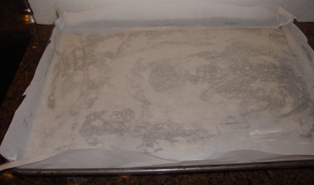 Step 2 - Line a pan with parchment

In a large mixing bowl, beat the egg yolks on high until they are light and fluffy. Gradually add 1/2 cup sugar, beating for a few minutes, until thick and lemon-colored. 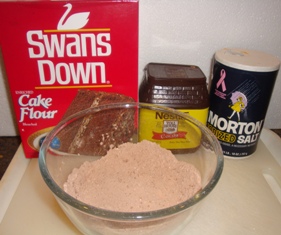 In a dry bowl, combine the

Step 5 - Mix the flour mixture with the egg yolks

Slowly the flour mixture to the egg yolk mixture and blend on medium, until well mixed. 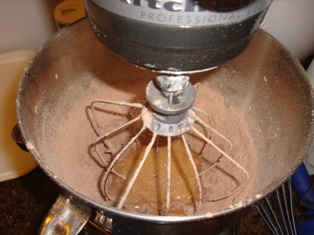 Step 6 - In a separate bowl, beat the egg whites, and add the sugar 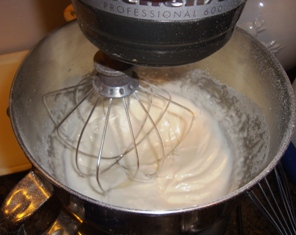 Beat egg whites (in a separate clean bowl) on medium until foamy. Add the 1/2 teaspoon of cream of tartar. Continue to beat until soft peaks form. then, slowly add the remaining 1/2 cup of sugar, beating on high until stiff peaks form.

Step 7 - Fold the egg whites into the chocolate flour mixture 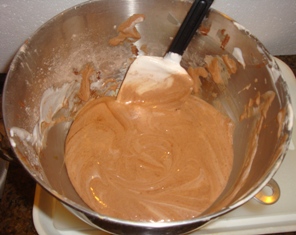 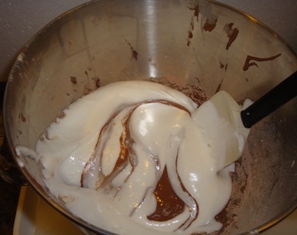 Slowly and gently fold the egg whites into the chocolate flour mixture, until no streaks remain.

Step 8 - Gently spread the batter into the pan 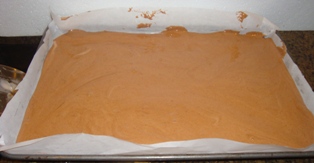 Gently spread the batter evenly in the prepared pan. 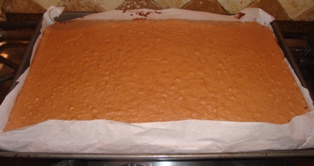 Bake in the preheated oven at 350 degrees for about 12 minutes or until cake springs back (do not over bake; certainly not more than 15 minutes. It is better to under bake rather than over bake!). 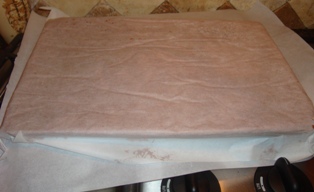 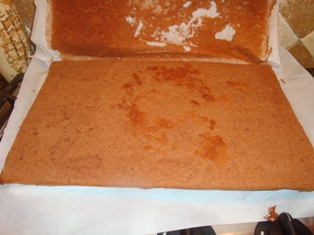 Roll the cake up in the towel or paper, starting with a short side. Then let it cool on a wire rack. The cake portion is now done! If you need to take a break, put the cake in a sealed container or plastic bag. 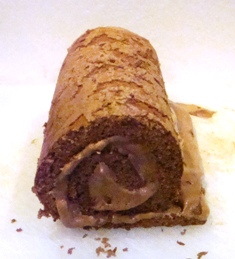 Steps 12 and 13 makes a very light, fluffy and tasty chocolate filling (shown at left, prior to frosting the outside).

If you want a white filling instead (shown below), check out the alternatives, below. 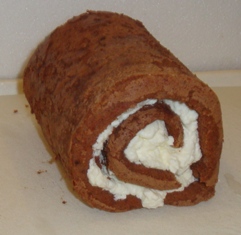 Add the 1 and a half cups of powdered (icing or confectioner's sugar) to the mixer. Then add 1/4 teaspoon vanilla extract and 1/4 cup powdered baking cocoa. Whip briefly, but to a uniform color.

If you want to make two shorter cakes, simply cut the cake in half before unrolling it. The advantage of this is, you can make one with chocolate filling, the other with a white filling, or mocha, etc.

Step 15 - Spread the filling on the cake

Of course, if you made one of the white alternative fillings, it would look like this, instead:

Gently and loosely roll the cake, not squeezing! You don't want to squeeze out the filling. Again, the chocolate filling is on the left, the white buttercream (or whipped cream) is on the right. Now, while the white icing looks better, the chocolate tastes much better... in my opinion. 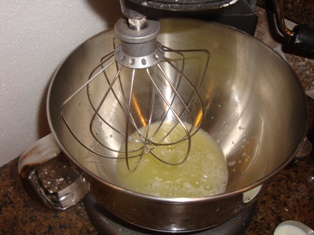 This is an easy and delicious chocolate icing!

Alternatives: If you are in a hurry, you can use a pre-made, store-bought can of chocolate frosting / icing, instead.

To a mixing bowl add: 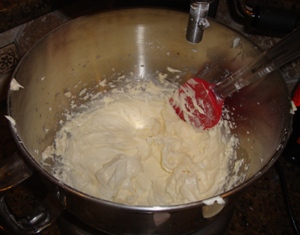 Next whip it up in your electric mixer: 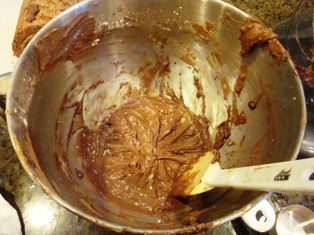 Then add the cocoa, and mix with the mixer until uniform: 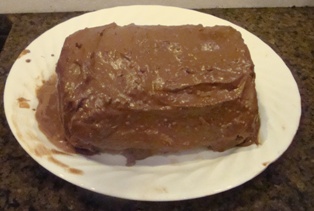 Gently slurp the icing on the cake (top and ends)

Note: the log in the photo appears short because I cut the roll in half to make two short logs, rather than one long log. 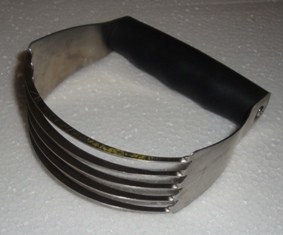 I use a pastry blending knife to make the lines in the icing to look like a log! I just drag the front of it across the log. Of course, you can buy special decorating tools for this, also. 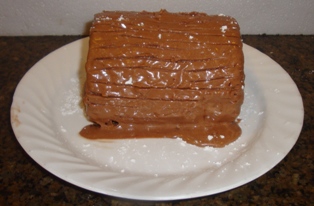 You can also dust it with powdered sugar, to simulate snow!

You can dust the log with powdered sugar to simulate snow. Marzipan holly leaves can be added.

You can keep this in the refrigerator for 3 to 5 days, assuming you but inside a cake container, plastic bag, or other container.

If you have any questions, tips of suggestions, please write me!